WHO LET THE GODS OUT?

As part of their Greek Art project, pupils made their own Greek clay pots. They used Terracotta clay and carved the pattern using modelling tools.

Pupils did themselves proud in their performance of Sound of Music. Family and friends were treated to key information about the 1940s as well as a performance of 'Do Re Mi' and 'So Long Farewell'...

Pupils also had a go at celebrating the Holi Festival using powder paints.

We are lucky enough to have a magical day at Cranham Woods to start our Theme Week!

We had fun in the river. The pupils got incredibly wet and muddy! They also created their own Andy Goldsworthy inspired artwork and did a Scavenger Hunt.

It was an amazing day!

Pupils had an amazing time doing the sports day on Monday. It was incredibly well timed as we somehow missed the biblical downpour!

Thank you to all the parents for coming and supporting!

Here are some facts about the Greek Gods:

1. Athena was born from Zeus' head.

2. Poseidon was the God of the sea.

4. Aphrodite was born out of the sea foam.

6. Ancient Greeks would put coins on their eyes (when they died) to pay the boatman to get to the underworld.

7. Before the Greek Gods, there were the Titans.

9. Medusa was once a beautiful woman who was turned into a gorgon by Athena.

10. Ares (the King of War) had his chair covered in human skin.

11. When Zeus is angry, he sent thunderbolts to Earth.

12.Poseidon lived in a temple made out of Gold.

13. The Gods that lived on Mount Olympus were called the Olympians.

15. Echo could only repeat the last words someone said.

17. Medusa's head was used by Perseus to turn people to stone.

18. When Poseidon was angry he caused earthquakes.

19. Minotaur comes from the island of Crete.

Pupils have created these amazing portraits of Medusa, they have achieved a brilliant standard as a class!

Pupils are becoming immersed in Greek Myths. Our first introduction was 'Pandora's Box'. We listened to the first part of the story where Zeus gifts Pandora and Epimetheus with a strange wedding gift - a box that cannot be opened.

How would they feel? Pupils worked in pairs to create drams that would show what would happen next. Would Pandora open it? Would she resist the temptation?

After the dramas, we listened to the rest of the story. We discussed WHY Zeus would give such an awful punishment. We looked about the huge importance of HOPE...

NEXT - We will have a go at retelling a Greek Myth - perpetuating the Oral Tradition.

In class we have been looking at time. This is can be a hard skill to learn - thank you for your support in targeting this.

Next week, they will start estimating and comparing time.

Pupils worked hard to learn a new song as part of their Music. Their skills work had them clapping out rhythms and getting the class to repeat it back to them. 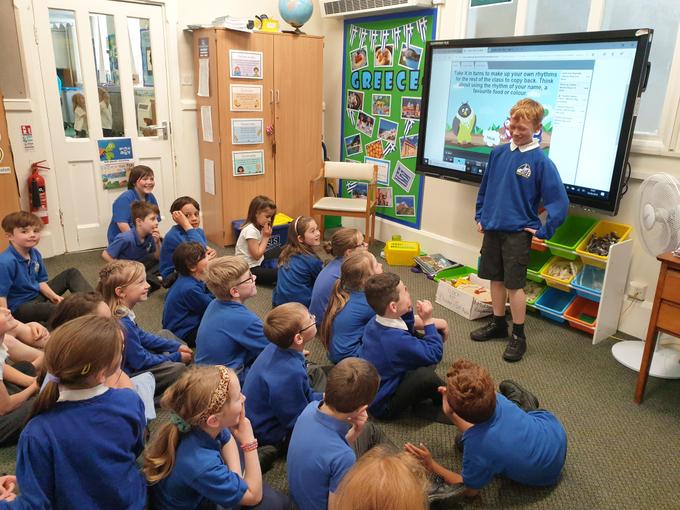 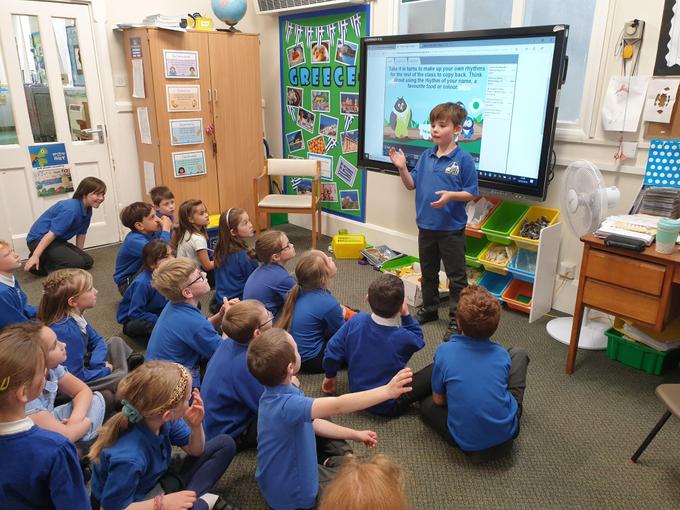 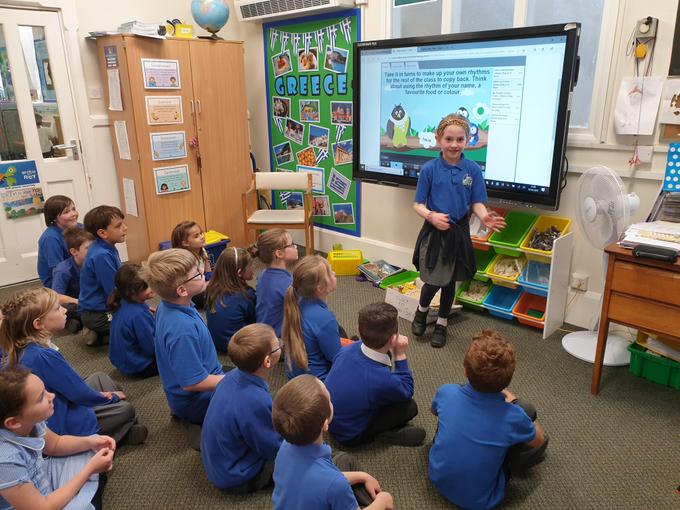 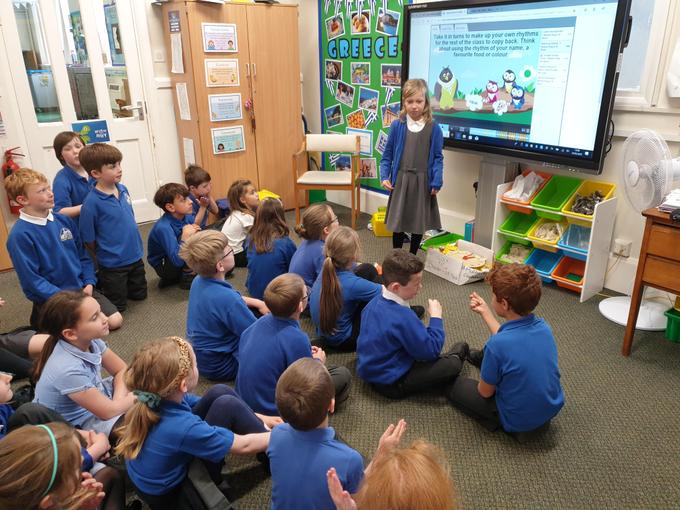 On Friday the PTA organised a Bird Hunt. Pupils and classes made their own birds for it.

Here is one bird that stood out:

This term we will have the amazing topic that will find out about Ancient Greek history, learn about modern Greek Geography, design Greek art and make Greek food.

It should be an wonderful topic!